Cara Greenberg popularized the term “mid-century modern” as a design movement in her book “Mid-Century Modern: Furniture of the 1950s.” She was referring to the specific style of architecture and furniture design that was well-known in the United States after World War II.

Many homes were being built during those post-war years. There were many different new design ideas out there that were impacting how furniture and architecture were being built. 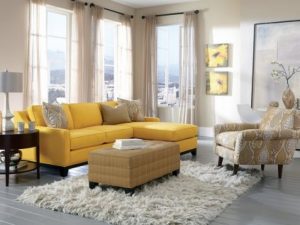 The furniture put out during this time had simple, clean designs that emphasized curves, geometric shapes, and unique angles. Elaborate furniture that was more commonly seen before World War II was on its way out, and this mid-century modern design began taking over.

In addition, the furniture began being used for different purposes. For example, tables, including coffee tables, were not just a place to eat dinner or put your feet on while watching the game; they were also a space for playing games, writing, and more. Because of this, mid-century furniture was designed to be more casual and comfortable.

By the mid-1960s, the original mid-century modern design ethic and style were starting to fade and new styles began to take their places. For example, there were a lot of accent pieces that used the natural look of wood. Many designers used short legs and clean lines on chairs and tables.

Bold colors were also a common part of mid-century design, in addition to stark contrasts of white and black. Inspired by revolutions in design throughout the world market, mustard yellows, pale pink, bright oranges, and pea greens became popular colors used in this type of design. 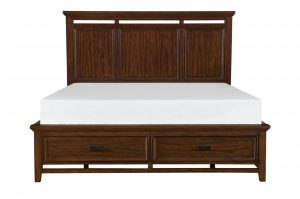 Today, mid-century modern style is considered more of a “retro” look, and it is popular not just in furniture, but in art and home designs, too. Thus, we can say that mid-century-inspired furniture has rarely if ever been out of style.

At Broadway Furniture, we have many different types of furniture and decorative accessories that work well with mid-century modern interior design preferences. Whether it’s a new bed frame and dresser, sofa and end table, a new dining room set, or a new desk to go in your office, we have a variety of different options within your budget.

Consider just a few items from our selection of mid-century moderns:

Come visit us today to see our selection of furniture that would fit just right into any mid-century modern decor.