Because the United States is such a massive country, oftentimes regional jargon will differ greatly from state to state. There’s pop vs. soda and the classic tomato vs. tuh-mah-to debate, but do the same rules apply to couch vs. sofa? Or are they two separate furniture types?

Our experts wanted to know, so here are our findings.

The word sofa is derived from the Arabic word, soffah, which roughly translated means “bench of stone or wood.” To learn more about the lengthy history of the sofa, check out our blog post here!

The term couch is believed to have been derived from the French word couche, which, loosely defined, means “a piece of furniture with no arms used for lying.”

The words have obvious differences in origin, but are they two separate things? Research has shown that they are (well, sort of).

Couch vs Sofa: The Differences

Despite the common interchanging of the two terms, couches and sofas are technically different.

Typically, sofas are associated with hosting and formal occasions while couches are seen as a much more casual seating option. Usually, sofas have stiff upholstered seats, while couches are fluffier and more inviting. Sofas might seat four or more people, while couches will often seat two to three people, making sofas better for homeowners who have plenty of company.

At the end of the day, most people use the two terms interchangeably (and so do we). Feel free to use whichever term you are more comfortable with.

Here at Broadway Furniture, we’ve been serving the Portland area for over 80 years. We remain family-owned and operated — just as we’ve always been.

When you visit with us — either in our store or online — you can rest assured that our experts will set you up with the furniture of your dreams. Whether that be a couch or a sofa, we have you covered. 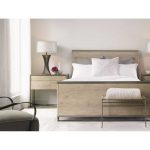 What Wood Is Used For Furniture?Furniture Buying Guides